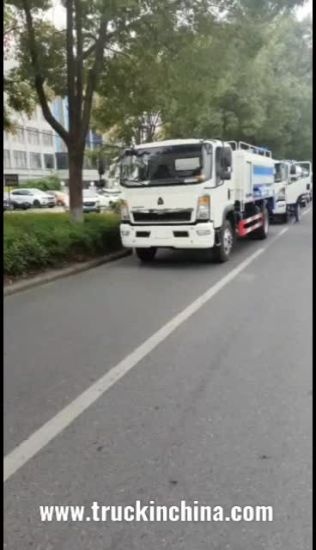 This resulted in greatly improved stream and river water quality, but created another material to deal with: sewage sludge. Approximately 99% of the wastewater stream that enters a treatment plant is discharged as rejuvenated water. The remainder is a dilute suspension of solids that has been captured by the treatment process. These wastewater treatment solids are commonly referred to as sewage sludge.

"Sewage sludge" or "biosolids"--what's in a name?

The term "biosolids" recently has been introduced by the wastewater treatment industry. The industry defines biosolids as sewage sludge that has undergone sufficient treatment for stabilization and pathogen reduction, and that is of sufficiently high quality to be land applied. The term is intended to distinguish high-quality, treated sewage sludge from raw sewage sludge and from sewage sludge that contains large quantities of environmental pollutants. The term "biosolids" also helps to distinguish sewage sludge from industrial sludge by emphasizing that the former is produced by a biological process. The term has been criticized by some as an attempt to disguise the real nature of sewage sludge, thereby making land application of this material less objectionable to the general public. Although "biosolids" undoubtedly does not conjure up the same negative images as does "sewage sludge" or simply "sludge," it is a legitimate and functional term when correctly used to make the distinction described above. In this document, "sewage sludge" will be used to refer to wastewater treatment solids generally, and "biosolids" will be used to refer specifically to material that is suitable for land application.

Municipal wastewater, or sewage, refers to water that has been used in urban and suburban area homes or businesses for washing, bathing, and flushing toilets. Municipal wastewater also may include water from industrial sources. To remove chemicals or pollutants resulting from industrial processes, industrial contributors to municipal wastewater systems must pretreat their wastewater before it is discharged into the sewerage system. The wastewater is conveyed via the sanitary sewerage system to a centralized wastewater treatment plant (sometimes called a Publicly Owned Treatment Works, or POTW). At the POTW, the sewage passes through a series of treatment steps that use physical, biological, and chemical processes to remove nutrients and solids, break down organic materials, and destroy pathogens (disease-causing organisms) in the water. The rejuvenated water is released to streams and rivers, or may be sprayed over large areas of land.

Preliminary treatment of raw sewage involves screening to remove large objects such as sticks, bottles, paper, and rags, and a grit removal stage during which inorganic solids (sand, grit, cinders) rapidly settle out of the water. The screenings and grit removed in this stage of treatment typically are landfilled and do not become part of the sewage sludge.

Primary treatment involves gravity sedimentation and flotation processes that remove approximately half of the solid material that enters this stage. Solid material (both organic and inorganic) that settles out during this stage of treatment is drawn from the bottom and constitutes the primary sludge. In most POTWs, the floating material (oil, grease, wood, and vegetable matter) that is skimmed from the water surface during primary treatment is disposed of separately and does not become part of the primary sludge.

Secondary treatment is a carefully controlled and accelerated biological process in which naturally occurring microorganisms are used to degrade (break down or digest) suspended and dissolved organic material in the wastewater. This material is converted into carbon dioxide that is released to the atmosphere and into microbial cell mass.

In secondary sedimentation basins, the microbial cell mass settles to the bottom and is removed. This mainly organic material is called secondary sludge.

Finally, the water undergoes disinfection treatment to destroy pathogenic microorganisms. The rejuvenated water is then released to a stream or river or may be sprayed over large areas of land.

Send your message to this supplier

People who viewed this also viewed